One of the charges reads, “that you Okorie Joseph Ogbonnaya and others still at large, sometime in the month of June 2009 at Owerri within the jurisdiction of this Honorable Court with intent to defraud stole and fraudulently converted the sum of $2,256,000 (Two Million Two Hundred and Fifty Six Thousand United States dollars) property of former Oceanic Bank (now Ecobank Plc)”
The accused persons pleaded not guilty to the charges.
Upon their plea, EFCC counsel, M.K Bashir asked for a date for trial and urged the court to remand the accused persons in prison custody. Responding, the defence counsel, D.O Agbo prayed the court to admit the accused persons to bail stressing that the charges preferred against them are bailable. He stated that the accused persons are ready to make themselves available for trial.
However, the prosecuting counsel objected on the ground that the offence for which the accused persons are being tried was felony and insisted on written applications for their bail. He informed the court  that the first accused person, Ogbonaya had jumped the administrative bail earlier granted him by the Commission. He therefore urged the court to remand the accused person in prison custody pending the determination of the substantive case.
Justice  Duruohaigwe  after listening to the argument of both counsel, granted  bail to the accused persons in the sum of N4million and one surety each in like sum. Each of the sureties must submit an affidavit of means, an evidence of tax clearance for two years and a recent passport photograph.
While adjourning the case to November 5, 2013, Justice Duruohaigwe ordered that the accused persons be remanded in Federal prison, Owerri until the bail conditions are met.
Ogbonaya was alleged to have obtained two loan facilities of Two Million, Two Hundred  and Fifty Six United States Dollars, $2.256m ( about Three Hundred and Sixty Million Naira)  and One Hundred and Ninety Six Million Naira (N196 Million)   to enable his company, Akaeze Venture Enterprises import 100 containers of rice from Thailand.  The imported rice was to be warehoused in a designated bank at Owerri. The suspects allegedly connived with the clearing agent to divert 81 out of the 100 containers to other locations unknown to the bank. The accused were said to have sold the diverted containers and converted the proceeds into personal gain.
The accused persons by their action committed an offence contrary to section 516 of the criminal code law cap 30 Laws of Imo state 1991. 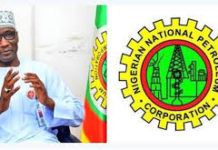 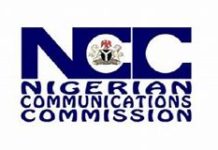