EMPRESSIVE MEDIA ENTERTAINMNET, EMT is pleased to bring to you the living legends and those who are also toeing te path of the legendary list in the Juju music industry.

Juju music is one genre of music, just like Fuji, Highlife, Bongo, Afrobeat, amongst oth­ers, that Nigeria can lay claim to as its own. It originated from the traditional Yoruba percussion instrument in the early 1900s. Juju, which means ‘throwing’, or ’something being thrown’, is a brand of music that is based on playing the talking drum, known locally amongst the Yoruba as ‘Iya Ilu’.

The late AbdulRafiu Babatunde King, popularly referred to as Tunde King, was the one that developed this unique genre of music in Nigeria. Names like Tunde Nightingale, Ay­inde Bakare, Benjamin Kokoro Aderounmu, who have all passed away, were also pioneer­ing Juju music that thrived at the time. Today, we still have notable Juju musicians rocking the Nigerian music scene, keeping alive this genre of music in Nigeria, in their own quota. EMT brings you some of these Juju artistes that hold sway in the country and beyond. 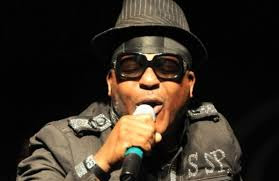 SSP as he is popularly called, is one of the foremost Juju musicians we have in Nigeria presently. He started his musical career by playing the guitar in the band of famous Juju musician, General Prince Adekunle, and later went on to co-own a music group with another well-recognized musician, Segun Adewale, produc­ing numerous albums together. Originally born Oluwashina Akanbi Peters, he became more popular and was launched to stardom with the release of his album ‘Ace’ (Afro Juju se­ries 1) in 1989, which he produced with his band known as Sir Shina Peters & His International Stars.

He quickly followed the successful ‘Ace’ album with the second one entitled ‘Shinamania’ which also came under massive reviews. The 58-year old musician who is an indi­gene of Ogun state, is accorded as the pioneer of Afro juju, a Nigerian music genre with the combination of Afro-beats and Juju, which has now become very popular. Sir Shina Peters & His International Stars have become a household name in the World Music genre. 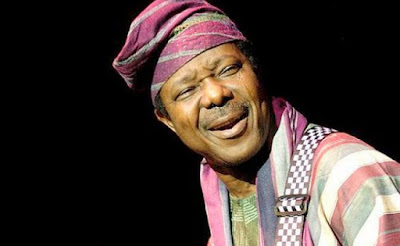 Born Sunday Adeniyi, King Sunny Ade (KSA) as he is popularly called, is also a renowned Juju musician. The 70-year-old Juju artiste is a multi-instrumentalist, mostly known for his skillfulness at handling the guitar. He is the pioneer of modern World Music. He started his career with a highlife band but later moved on to form his own band. His claim to fame came with the release of his first album; ‘Juju Music’, which was closely followed by his second hit album; ‘Syncro System’ in 1983. The second album earned him his first Grammy Awards nomination in the Folk/Ethnic Music category.

This King of Juju as he is accorded, introduced the pedal steel guitar to Nigerian pop music. He intro­duced the use of synthesizers, clavinet, vibraphone, tenor guitar into the jùjú music repertoire such as dub and wah-wah guitar licks. Adé said he used these in­struments not as an attempt to innovate, but as a sub­stitute for traditional jùjú instruments which were too difficult to find and/or impractical for touring. The pedal steel guitar, for instance, was added to his reper­toire as a sound-alike for an African violin.

The Chairman, as they call him, who is an indigene of Osogbo in Osun state, has been classified as one of the most influential musicians of all time. He is pres­ently signed to the I.R.S Records Label. Sunny Ade has numerous awards and honors to his name, including being inducted into the Afro pop Hall of Fame, at the Brooklyn African Festival in the United States, in 2009. ‘Erin Okan’, ‘Sweet Banana’, ‘Dance Dance Dance’, ‘My Mother’, ‘E dide e mujo’, ‘Ope Oku’, ‘Yoruba’, amongst others, are just a few of his works. 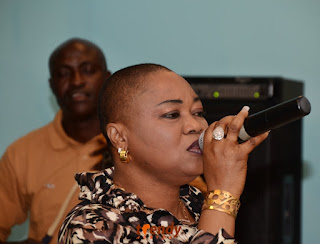 This undisputable queen of Juju music is also the first female president of the Association of Juju musicians of Nigeria (AJUMN). Born Ayotunde Kofoworola Ogunlade in 1957 in Ilesha Osun State. This highly respected Juju musician had started her early life in Ibadan before moving to Lagos in 1972. Ayo had started out as a gospel musician before joining the league of Nigerian Juju musician, where she has been doing very well.

Ayo has a diploma in music from the London Royal School of Music, which had prepared her for her current musical exploits, and her contributions and influence in the industry cannot be overemphasized. This talented artiste is also a successful business woman, her company ‘Room Af­fairs’ deals in fashionable bedding sets.

Ayo, who declared that her husband of over 36 years is quite supportive of her chosen career, has had 6 albums to her credit and several local and international awards to show for her efforts. 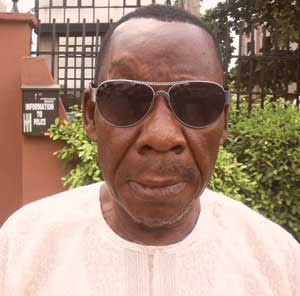 Often referred to as General Prince Ad­ekunle, he is among the most notable Juju musicians in Nigeria, and a pio­neering member of this genre of mu­sic in the Nigerian music industry. His Western Brothers band gave a platform to other remark­able Juju musician we have now, including Sir Shina Peters and the late Segun Adewale.

Known for his distinct Afrobeat flare added to his Juju music rendition, this Abeokuta native from Ogun state started his musical career in the 70s, forming one of the most notable Juju bands at the time, with the name; Western Brothers. This band also carried a prominent Juju star and Soko Dance exponent; Dayo Kujore, who was a lead guitarist in the band.

Born in 1946, General Prince Adekunle is con­sidered one of the great artistes of Juju music, and where this peculiar Nigerian music genre is men­tioned, his name always comes up amongst the topmost musicians. Mostly associated with the Ibukun Orisun Iye MOLPS Records Label, he and his Western Brothers band produced songs like, ‘Orin Erin Tani Yio Fi’, ‘Awa Lomo Nigeria’, ‘Eni­yan Laso Mi’, ‘Aiye Le’, ‘You Tell Me That You Love Me’ and others. 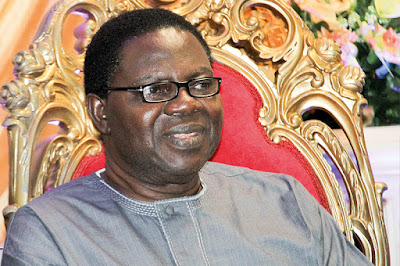 Nicknamed The Commander, he is yet an­other top ranking Juju musician in Nige­ria. Born as Ebenezer Remilekun Aremu Olasupo Obey-Fabiyi, but famous as Eb­enezer Obey, he began his professional music ca­reer in the mid-50s, working under the late highlife guru Fatia Rolling-Dollar, after which, he moved on to form his own band known as The Interna­tional Brothers in 1964, which fuses highlife and juju in its rendition. They later produced hit albums in Juju form, under West African Decca musical la­bel, going by the band name; Inter-Reformers.

The 74-year-old artiste who hails from Ogun state, is unique for his intricately infusing Yoruba axioms into dance-floor compositions. His band played for socialites and wealthy business tycoons in Nigeria, via praise-singing. The Commander, was later known for Christian spiritual themes, evident in his songs.

In the 1990s, Ebenezer Obey retired into Nige­rian gospel music ministry after he gave his life to Christ. His wife, with whom he has several chil­dren and grandchildren, Juliana Obey-Fabiyi, was a strong evangelist, hence she was called Evangelist Juliana Obey-Fabiyi, but passed away in 2011 at age 67, an occurrence which tore the heart of the musi­cian. 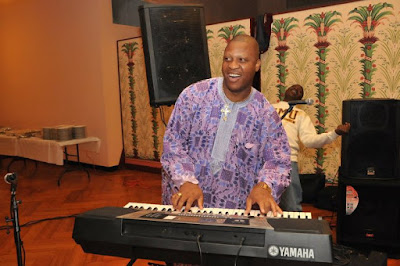 Yomi Peters who hails from Ogun state, comes from a family of musicians. He is the brother to other top Juju musicians; Sir Shina Peters and Gbenga Peters. He is another Juju musician worthy of mention. He is a talented multi-instrumentalist, a talent which he claims has given him an edge as a successful Juju musician.

Controversially, there were rumors that Yomi Peters and his elder brother, Sir Shina Peters had bad blood between them, but in an interview Yomi granted a newspaper, he clarified the air revealing that, although they’ve had their issues, they are cordial just as siblings should be.

Although he was away from the Nigerian music terrain for a while, in 2015, he released a new song titled ‘Igbeyawo’, which has so far gotten ample air play. This song which is a wedding song, came as a rebrand or repackaging of the artiste’s style, with the fusion of hip-hop and African flavor. He also recently released the video of the new song late last month (March 2016). He has successfully re­leased a good number of albums, which were well received. 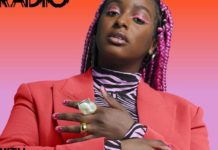 Biggest Multinational Tech Company In The World, Apple, Announces DJ Cuppy As Its First Ever African Radio Host In A Million- Dollar Deal. 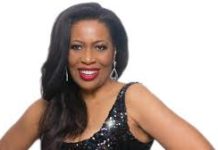 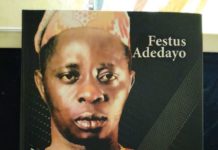 No one envisages Apala genre of music would become a subject of scholarship and intellectual interrogation.

FAAN Increases Access Fee For All Vehicles Entering The Airport