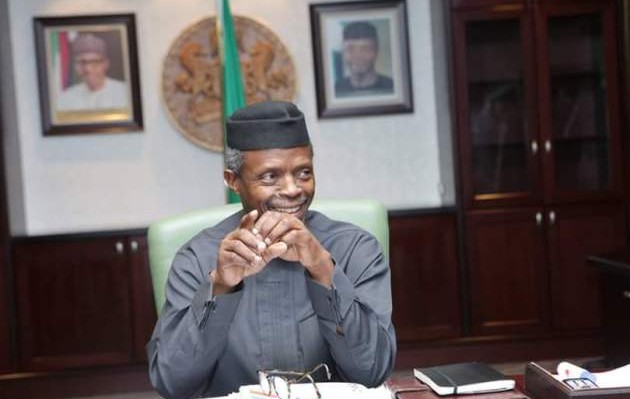 Vice President Yemi Osinbajo is calling for a deeper understanding of the current restructuring debate in the country, and supports the idea of having State Police in the country accordingly to his spokesman, Mr. Laolu Akande.

Akande said there are have been different interpretations, meanings and purposes to which the restructuring debate is being put to.

The Vice President’s Senior Special Assistant on Media and Publicity made the clarifications in Abuja and while speaking to a radio programme on Orange FM in Akure, Ondo State amidst some media reports that the Vice President opposed the restructuring because of his reported comments during a question-and-answer session at the Second Foundation Day Lecture of the Elizade University, Ilara-Mokin in Ondo State last week.

But Akande explained that while the Vice President questions whether the allocation of more funds to the states from the federal would be helpful at this time considering the dwindling revenues from oil and taxes, he wholly supports the idea of having State Police across the country as articulated in the APC’s Roadmap to a New Nigeria.

Akande said it was important Nigerians understand that the issue of restructuring should run deeper than some of the superficial and surface value focus. According to him some of the issues involved include notions or views calling for a return to regionalism, fiscal federalism, devolution of power, state police among others, adding that different interests are taking different approaches and at times this confuses the debate and reduces it to mere political rhetorics.

He said the Vice President while reacting to a question on whether allocation of more resources to states from the center would make them meet current demands of governance at this challenging period, emphasised that focus should be on economic diversification especially towards agriculture to make the states more vibrant in the wake of dwindling revenues from  oil and taxes.

“Restructuring debate should do deeper than what we see on newspaper headlines and we need to understand all the angles to it…What do people mean when we talk about restructuring? some focus on regionalism, some focus of the fiscal part, allocation of more resources  devolution of power, state police…it’s important we understand which part we are talking about at any given time.”

Continuing Akande said “in recent times, ‎we do not have much resources that we used to have from oil and taxes and what we need to get the states to be more vibrant is to diversify the economy‎.”

He said the constitution recognises a Federal System of government already and the federal government is truly committed to true federalism.

Akande then submitted that the federal government is giving much attention to fighting corruption and ensuring effective governance at all levels because this is far more important than some of the political rhetorics and superficial arguments around restructuring so far.

Speaking on the president’s view to put the 2014 Confab report in the archives, Akande said with or without any Confab resolution, the Buhari-led government is much concerned with ‎the overall well-being of the people, delivering results and bringing governance closer to them.

He said for instance, the current administration has implemented some of the decisions listed in the 2014 Confab report, not because it was in the report but because they were sound decisions. He listed two of such decisions including the merging of Budget office with National Planing as one full-fledged ministry and also the adoption in the 2016 budget of a 60-40% recurrent and capital expenditures

“The president will do what is right even without recourse to the Confab report. We have an agenda which is to promote the well being of the people and bring the benefits of governance to the people‎”. Akande said, adding that “we will not be stuck in an elitist political rhetoric that does not deepen the issues.”