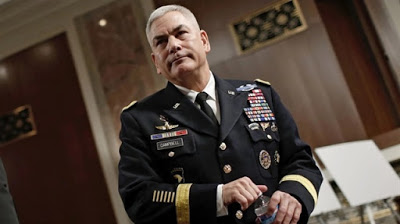 One of Turkey’s major newspapers, the Yeni Safak daily, has accused the Nigerian branch of the United Bank of Africa (UBA) of carrying out transactions for the failed Turkey military coup plotters.

The paper, known for its loyal support of Turkish President Recep Tayyip Erdogan, who was the target of the coup attempt, said retired US Army General John F. Campbell, was the mastermind behind the failed coup.

According to Yeni Safak, Campbell “also managed more than $2 billion in transactions via UBA Bank in Nigeria by using CIA links to distribute among the pro-coup military personnel in Turkey.”

The full report from Yenisafak, one of Turkey’s major newspapers reads:

A former U.S. commander of the International Security Assistance Force (ISAF), a

NATO-led security mission in Afghanistan, was the organizer of the July 15 military coup attempt in Turkey, sources said.

General John F. Campbell was one of the top figures who organized and managed the soldiers behind the failed coup attempt in Turkey, sources close to ongoing legal process of pro-coup detainees said.

Campbell also managed more than $2 billion money transactions via UBA Bank in Nigeria by using CIA links to distribute among the pro-coup military personnel in Turkey.

The ongoing investigation unveiled that Campbell had paid at least two secret visits to Turkey since May, until the day of the coup attempt.

The coup plot that was foiled by the comprehensive effort of Turkish Nation, including its citizens, politicians, media and police forces, was organized by the Fethullah Terrorist Organization (FETO) led-by so-called cleric Fethullah Gülen who has been living in self-exile in America for several years.

American Intelligence, Military and other institutions are accused of supporting the FETO leader Gülen and his gangs for the military coup.

Military sources said Campbell, who was the commander of ISAF between August 26, 2014 and May 1, 2016, had made some top secret meetings in Erzurum military base and Adana İnicrlik Airbase.

İncirlik Airbase has been used by the U.S. Military for conducting the anti-Daesh campaign in Syria.

Military sources said that Campbell was the man, who directed the process of trending / blacklisting the military officers in the base.

If the coup attempt was successful, Campbell would visit Turkey in a short time, according to the sources.

The Nigeria branch of the United Bank of Africa (UBA) was the main base for the last six-months of money transactions for the coup plotters.

Millions of dollars of money has been transferred from Nigeria to Turkey by a group of CIA personnel.

The money, which has been distributed to an 80-person special team of the CIA, was used to convince pro-coup generals.

More than 2 billion dollars were distributed during the process leading to the coup.

After taking money from their bank accounts, the CIA team hand delivered it to the terrorists under the military dresses.

The money transactions were started in March 2015 through the commissioned “courier”.

A bag with a large amount of money was found in the room of Brigadier General Mehmet Dişli, one of the top military officials detained for leading the coup attempt. 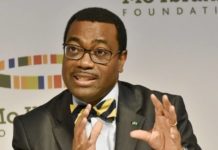 I Never Gave Bribe To Any Judge – Banire