The feud between the National leader of the APC, Asiwaju Bola Tinubu and the party chairman, Chief John Odigie-Oyegun is affecting the finances of the party

A chieftain of the party who spoke under the condition of anonymity, confided in NAIJ.com that all is not well within the party because of Tinubu’s withdrawal of financial support to the party headquarters.“Things have gone from bad to worse,” the party chieftain told us on phone, “Ever since the refusal of President Buhari to fund the party activities, Asiwaju has been the sole financier of the party.

“But he has withdrawn his support due to the way he was humiliated by the party chairman in the Ondo primary.”

Asked to comment on the rumours that there are plans by anti-Oyegun elements in the APC to remove him and include his name in President Muhammadu Buhari’s ambassadorial nomination list, the party chieftain said it is true.

His words: “I can confirm that the report is true. The truth is even members of the APC NEC have lost confidence in Oyegun.

“Why do you think they have not come out to pass a vote of no confidence on him, which is the norm in politics when a leader is under duress.

“Majority of the NEC members are tired of Oyegun’s antics and they are all pre-occupied with positioning themselves for government appointments than staying put in party politics.” 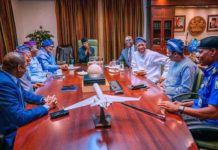 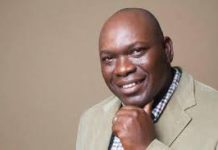 FG FOCUSING ON COMPLETION OF ROAD PROJECTS UNDER CONTRACT – FASHOLA.