Foremost entrepreneur and business guru, Aliko Dangote has been named among three eminent Nigerians to be conferred with honorary degrees by the premier institution, the University of Ibadan.

Others to be honoured according the University management are Prof. Niyi Osundare and Chief Jacob Olabode Ajao and they will be awarded the degrees during the 68 Foundation Day ceremony climaxing the convocation ceremonies of the university on November 17, 2016 in Ibadan.

The University said their choice as the next honourees of the institution was informed by their various achievements and contributions to the nation and the institution.

In his letter of acceptance, Dangote said he was humbled and at the same time excited to be nominated for the award by a reputable institution as University of Ibadan known for its academic excellence.

Said he: “this award particularly delighted me because it is coming from a responsible institution such as yours. I am aware that the University, apart from closing the widening gap between attainable potential student population and limited space in Nigeria educational system, the institution has also been delivering education in a way that recognises personal discipline, integrity and promote positive societal values.”

He stated that he would be ready to identify with the University because, his company, the Dangote Group also share similar values with the institution and his organization has in one way or the other impacted positively on the nation’s educational sector.

Dangote, born in 1957, had both his primary and secondary schools education in Kano after which he proceeded to Al-Azhar University of Cairo, Egypt to study Business Administration. He started his own business as a trading concern at the young age of 21 and nurtured the business which grows to a conglomerate called Dangote Group with interests in cement, sugar, salt, flour, pasta, noodles, poly products, real estate, agriculture, logistics, telecommunications, steel, oil and gas, and beverages among others.

The Group has interests spread across several sixteen African countries, with offices in London and Dubai. He is currently expanding the business into new markets, in Sub-Saharan Africa, making strategic investments that add value to local economies and the continent. He is a philanthropist of high repute as he has extended his philanthropic gesture to individual, groups, Nigeria and other African countries as well as the international community.

His university education started in the University of Ibadan where he was admitted for BA in 1969 and graduated in 1972 with a Second Class Upper Division in English Language. He proceeded to the University of Leeds for his MA, and York University, Canada where he bagged PhD in 1979.

Chief  Amao on his own part is a self-made accomplished Enterpreneur of no mean feat, was born in Ibadan about 84 years ago and is the first Asiwaju of Ibadanland. Amao was the sole distributor of Sony Electronics Products for West Africa since the early 1950s, and Chairman of Atlantic Carpet and Bode Foam.

He is a philanthropist who has contributed to Ibadanland and UI., a self-made accomplished Enterpreneur of no mean feat, was born in Ibadan about 84 years ago and is the first Asiwaju of Ibadanland.

Amao was the sole distributor of Sony Electronics Products for West Africa since the early 1950s, and Chairman of Atlantic Carpet and Bode Foam. He is a philanthropist who has contributed to Ibadanland and UI. 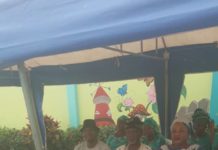 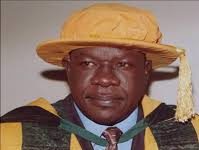 We Will Ensure Quality Education- Rector 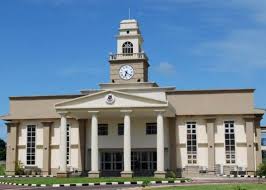