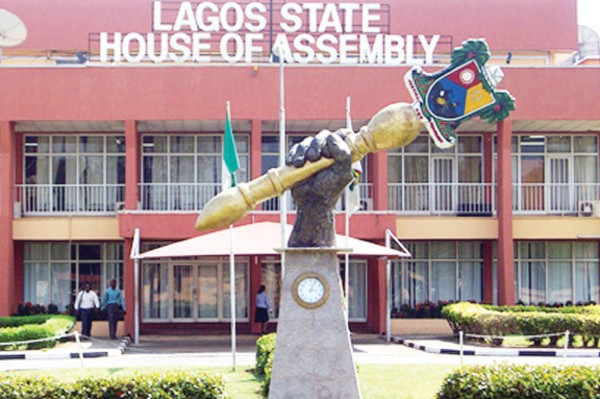 The hallowed Chamber of the Lagos State House of Assembly and iits gallery was packed full of people on Tuesday, 29 November, 2016. These were not the lawmakers because the legislators were on their respective seats.

These were members of the public who had come to witness the presentation of the 2017 Appropriaton Bill which to the layman means the Budget Proposal. Budget Proposals detailed accounts of expenditure and receipts expected by the Government in a Fiscal Year

The huge presence of members of the public at the event cannot be underestimated. Members of the public are usually very interested in the annual budget of the state in particular and of the country at large. This is understandable. The budget is not only the detailed explanation of revenue and expenditure of the government in a year, it is also the detailed report of projects and programmes vis a vis infrastructure and social development to be embarked on by the Government in a particular year hence the generality of members of the public are usually interested in the matter.

The Lagos State Governor, Mr Akinwunmi Ambode, to confirm the importance of the occasion was brisk and direct to the point in presenting the budget proposal before the House members. He appropriately tagged it “Budget of Golden Jubilee” in reference to the celebration of the 50th Anniversary of the creation of Lagos State in 2017.

Governor Ambode presented a total budget of N812.99 billion of which Capital Expenditure gulped a whopping N507.82 billion and Recurrent Expenditure was out at N305.28 billion. The fact that Capital Expenditure picked the lion share of the Budget underscored the determination of the Ambode administration’s determination to improve and upgrade infrastructure facilities in the state as well as opening new vistas for the general improvement in the standard of living and welfare of the citizenry.

Before leaving the hallowed Chambers of the Assembly that particular day, Governor Ambode had urged the Speaker of the House, Rt. Hon. Mudashiru Ajayi Obasa and other members of the House to expedite action on the budget proposal so that his administration could get to work and deliver the needed dividends of democracy to the good people of the state.

Rt. Hon. Obasa in his response, had praised Governor Ambode for his administration’s sterling performance in lifting the standard of living of Lagosians.

While praising the Ambode administration, Obasa did not fail to acknowledge the cordial working relationship existing among the three arms of government in the state, a factor, he noted, was one of the major reasons for the progress being made by ths state.

On the budget, Rt. Hon. Obasa assured Governor Ambode of the lawmakers’ determination to expedite action on the budget proposal. “it’s our collective determination that the budget is passed on time so that we give our Governor the legal instrument to work and put in projects, programmes and measures aimed at improving and enhancing the standard of living and welfare of Lagosians,” the Speaker had assured.

However, the Speaker did not fail to add that, “while we are all desirous of expediting action on the budget proposal, we will not fail to perform our duty of critical scrutiny and analysis of the budget. Therefore, while assurng Your Excellency and entire Lagosians in the speedy passage of the budget, we will be careful and thorough in scrutnising the budget and we will not be found wanting in performing our oversight duty on the budget”.

With this statement, the House set to work on the budget proposal. The House Comittee on Budget and Economic Planning led by an experienced third term lawmaker, Hon. Emmanuel Rotimi Olowo from Somolu State Constituency 1, was saddled with the main job of scrutnising the various budget provisions of all the Ministries, Departments and Agencies (MDAs) in the state which were over 150 in number. It was a huge assignment but the committee members were more than prepared and ready to sacrifice their time and energy to ensure that the budget to be passed has gone through the necessary due process.

Apart from the Budget and Economic Planning Committee members, chairmen and members of other standing committees of the House also set aside all other official and personal engagements to ensure that the Budget of Golden Jubilee is properly worked on.

Before encountering the Budget and Economic Planning Committee, MDAs must first pass through the committee which oversees them. Suffice to add that getting the approval of their overseeing committees does not mean that the MDAs have been given clean bill of health because they still have to.pass through the main Budget and Economic Planning Committee.

For the MDAs, it was indeed a hectic and testing time. A commissioner told this writer that he and his team went through hectic questioning for hours before his ministry’s budget provision was approved. “It was no child’s play. These people (lawmakers) were equal to the task and it was obvious that they knew what they were doing. From the sub-committee level to the main Budget and Economic Planning, the determination and commitment of the lawmakers to ensuring due process was never in doubt,” the Commissioner told this writer.

It would be remembered with nostalgia that throughout the recess and 2016 yuletide holidays, the lawmakers sacrificed their time and personal engagements to work on the budget, even to the extent of coming to work on weekends and public holidays of the last yuletide.

During this time, Rt. Hon. Obasa was in the forefront. In the Seventh Assembly, Rt. Hon. Obasa was then the Chairman of the House Committee on Budget and Economic Planning and he indeed brought his experience to bear during this period. He was like the General leading his troops out and leading by example. He was present throughout the holiday when the budget proposals were being scrutnised and even in the midst of his very tight official schedule, the Speaker did not fail to provide his support to his colleagues working on the budget.

A day before the 2017 budget was passed, Rt. Hon. Obasa and his colleagues abrupted their new year holiday and worked for hours to dot the I”s and cross the T’s.

On Tuesday, January 3, 2017, when the Budget of Golden Jubilee was read for the third time, it was not passed  as a mattter of course. Members still engaged in robust debate on sectoral provisions in the budget with Budget Committee Chairman, Hon. Olowo still having to go through barrage of questions and several observations were raised  by his colleagues. One of such debates was whether or not Lagos Television and Radio Lagos should continue to collect grants from the state government when they all have potentials to generate and stand on their own.  The Budget Committee had recommended that that state Commissioner for Information and Strategy, Steve Ayorinde, to engage an external auditor to audit the accounts of the agencies. The Chairman of the Committee overseeing the agencies, Hon Tunde Braimoh with his inside knowledge of activities of the agencies, had put up a spirited argument on why the subvemtions for the agencies be retained.

Hon. Olowo explained that his committee worked on the anakysis of revenues generated by the agencies provided in their budget proposals hence the committee’s decison to recommend the audit to know whether or not the agencies deserved subvention from the state government as from 2018.

Eventually, it was the committee’s recommendation that was adopted by the House. It was indeed a very eye-opening budget scrutnising exercise for the lawmakers and Lagosians will be the ultimate beneficiaries when the state givernment starts operating the budget.

The Chairman of the House Committee of Information, Strategy and Security who is also the official spokesman of the House, Hon Tunde Braimoh, captured the desire and intention of the lawmakers’ commitment thus:

“Right from the moment the Governor presented the Appropriation Bill which everyone know as the Budget proposal, we, the lawmakers, were determined to expeditiously but meticulously and assidously work on the proposals with a view to ensuring that it was not only passed but that it also stands the test of time with the aim of providing the legal instrument for the Governor to aid his desire to provide physical and social infrastructure meant to enhance and improve the welfare of our people. This was not only to be done but to be properly done and in good time.

“This is what we have done by sacrificing our time, denying ourselves the comfort of our beds and homes during the Yuletide period with Mr Speaker, Rt. Hon. Mudashiru Obasa, at the forefront to give Lagosians a budget that will stand the test of time. We are representatives of the people and we have proved that we are ready to sacrifice our all to ensure that they enjoy the benefits of purposeful governance”.

Indeed, members of the Lagos State House of Assembly have shown commitment to improving the welfare and.standard of living of Lagosians with their handling of the Budget of Golden Jubilee. For Lagosians therefore, here come dividends of democracy at their doorsteps.

Musbau Razak is the Chief Press Secretary to the Speaker of the Lagos State House of Assembly, Rt. Hon. Mudashiru Ajayi Obasa

FROM THE INSIDE: DAY FASHOLA DAZZLED AT FEC MEETING

Proposed US Travel Ban And Its Implications For Nigeria – Chuks Emeka