A member of the Eko Club and a one-time Lagos State gubernatorial aspirant, Lanre Rasaq, KLM is upbeat that the incoming President of the club, Tunde Fanimokun is capable of turning the club into a world class club.

Rasaq in a chat with Integrityreporters in his office in Lagos State said that based on Fanimokun’s antecedent he is assured that things can only get better.

Fanimokun became the President of Eko Club based on selection and not election, to this end, Rasaq elaborated on he emerged : “The constitution of the club provides for selection, the founding fathers of Eko Club believes that elections sometimes may not bring out the best candidate for any position, and they jealously want to guard their dreams, and vision when they wanted to establish the club in order not to let their dreams fizzle away.”

To the business mogul, what Eko Club needs is someone in the class of Fanimokun and he is sure that with Fanimokun’s wealth of experience the club would get better.

According to him “We are looking forward to a better administration of the club, when you look at Fanimokun’s antecedent you will know that he is a fantastic character, whatever he touches turns to gold, I don’t expect anything less that success from him.”

Rasaq stated further: “When you look at his achievements in the public service, he has been able to change some things both in the private and public sector, if you look at all these there is no way Fanimokun will lead Eko Club and he won’t develop it to standard, I also know he can help stabilize the situation in the club.”

Speaking on his wishes as Fanimokun takes on the baton of leadership, Rasaq said: “Fanimokun is highly experienced, he has tabled a number of changes he wants to make we just pray to God to help him actualize them, those things he has listed to do if he can do them I bet you things will change, we are very happy with his emergence we only pray that he can achieve what he has listed to do.”

On what differentiates Eko Club from other elitists club, Rasaq stated that the club has so many differences from other clubs in the country and abroad based on how it it is being administrated.

In his words “Eko Club is a very unique club, it is also a cultural club, a family club that belongs to Lagosians, it was set up to look after the interest of Lagos and Lagosians. It was also formed to ensure that Lagos and Lagosians have a fair deal of what is being shared in the country.”

On his sudden disappearance from the political scene, Rasaq said he didn’t go underground from the political radar but he decided to lay low because he is impressed on what those that have been governing Lagos State has been able to achieve. 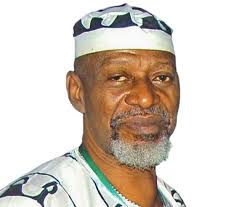 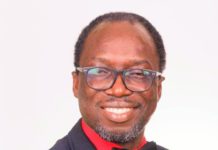