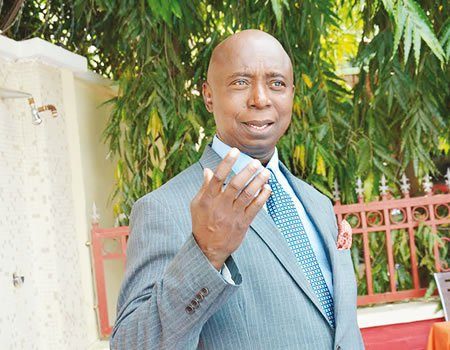 The former Director-General, Nigerian Governors Forum; Mr. Osaro Onaiwu has advised the 36 state governors to judiciously utilize the money shared to them as part of the $3.2billion refund by the Paris Club following a court judgment against the Federal Government of Nigeria which had illegally deducted statutory allocations meant for the states and local governments to settle foreign debts.

He has also reminded the governors that if not for the selfless effort of a former lawmaker, Prince Ned Nwoko who represented Aniocha-Oshimili Federal Constituency in the House of Representatives between 1999 and 2003, the refund may not have been possible.

In an interview, Onaiwu, an All Progressive Grand Alliance (APGA) governorship candidate in 2016 Edo State election wondered why some people have assumed that the refund was a windfall possibly made for jamboree by the governors many of whom he said; did not know the genesis of the Paris Club refund.

According to him, while serving as the Director-General of the Governors’ Forum, during President Olusegun Obasanjo’s second tenure, the Federal Government had initiated a policy of deducting part of the allocations meant for the 36 states and their local governments from source without the consent of the states and used same to service some external loans obtained from a group of banks in Paris and London by the federal government in the past.

The deductions had continued unchallenged by the states and their local governments until Hon. Ned Nwoko drew the attention of the federal government to the illegality of its action. Under the auspice of his company, Linas International; he kept mounting pressure on the Obasanjo administration to stop the deduction and make refund of earlier deductions. The government did not budge and Nwoko had no option but to consult foreign lawyers to institute legal action against the federal government.

Nwoko’s argument was that if the federal government needed money to offset its external debts, it would be wrong to divert the money statutorily meant for the development of the states to serving of federal government’s debts. Onaiwu explained that some governors eventually bought into Nwoko’s argument. Such governors at that time according to him; included Orji Uzor Kalu of Abia, Bonni Haruna of Adamawa, Jolly Nyame of Taraba respectively and the governor of Niger State, who is now late.The former Director-General who commended President Muhammadu Buhari for authorizing the release of 50% of the recovered money to the states and local government disclosed that with the support of these four governors at that time, the pressure on the Obasanjo administration to refund the deductions and stop further deductions became more intense. Following the court judgment, the Paris Club had no choice but to refund the sum of $3.2 billions but the federal government held on to the money without releasing it to the states and their local governments. Neither did the federal government appeal the judgment.

Sequel to this judgment, Onaiwu explained; Nwoko’s company wrote him in his capacity as the Director-General of the Governors’ Forum intimating him about the judgment. “So I looked at the documents and presented same before the Governors’ Forum. All the governors welcomed the idea because the money was coming to them and their local governments”, he added.

In his words, “the duty of the governors at that stage was to prevail on whoever was with-holding the money to release same. So we kept pushing till 2015. By then, so many interests had emerged as many people were coming up to agitate for the release of the money. However, I must commend Ned Nwoko because the benefits of Paris Club refund which everybody is enjoying today was as a result of risk taken by him.”

He explained further that Nwoko single-handedly hired lawyers in United Kingdom to engage the banks in legal tussle and added, “When we talk about the Paris/London Clubs, we are talking about the big banks. He got judgment against the banks.”

Even though some state governors later engaged consultant to assist them to pursue the release of the money, Nwoko had finished the ground work before they came into the picture.

The former Director-General insisted it was Nwoko who spearheaded the battle to recover the deducted funds. He has therefore asked that rather than blackmails the former lawmaker or malign his character, Nigerians should appreciate him for a good job done on their behalf.

Onaiwu, Founder, Redcarpet Protocol and currently the chairman; Abuja Business Round Table Group has specially commended the current Chairman of the Governors Forum and the governors legal team of seven chaired by the current Ondo State governor, Akeredolu Rotimi, for their role in the settlement of claims by various consultants for the recovery of Paris Club refund.

13 Questions You Must Never Ask Your Wife