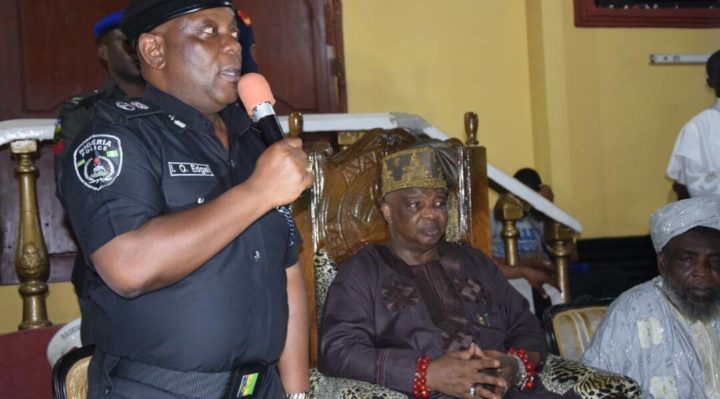 The commissioner of police Lagos state, Ag. Cp Edgal Imohimi on November 25, 2017, at the palace of HRH, Oba Kabiru Shotobi, the Ayanburen of Ikorodu, sought the collaboration of stakeholders in the community to sustain the peace being enjoyed in Ikorodu and environs. He hinted that the only way to ensure that criminal elements are kept at bay is for the community to form vigilante groups that would partner the police to guard the neighborhoods and question suspicious characters seen loitering at odd hours of the night especially between the hours of 1:am and 4:am. He further stated that such persons being questioned must be able to explain where they were coming from and where they are going. The commissioner of police finally stated that this move is in consonance with the current policing idealogy of the Inspector general of police IGP Ibrahim K. Idris on community policing and safety partnership.

Ikpeazu Files Notice Of Appeal Against Sack By Court