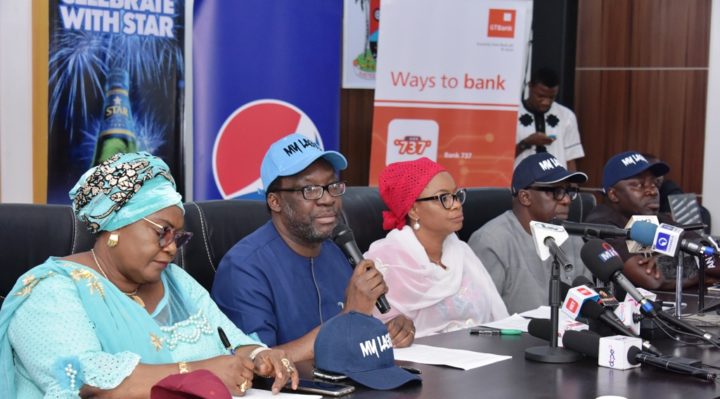 The Lagos State Government on Friday disclosed that over 100 artistes cutting across all genres would be performing at this year’s One Lagos Fiesta, its flagship yuletide revue scheduled to hold from December 24 till early hours of January 1, 2018.

Addressing journalists at the Bagauda Kaltho Press Centre in Alausa, Ikeja, Special Adviser to the Governor on Tourism, Arts and Culture, Mrs. Aramide Giwanson, said the eight days non-stop Fiesta, which would hold in five different designated centres in Lagos simultaneously for eight days non-stop would consolidate on the success achieved last year.

She said this year’s edition would feature several A-list artistes, while several upcoming artists, dance group and cultural performances will combine to perform and thrill over 10 million Lagosians on daily basis for eight days.

Giwanson listed some of the A-list artists lined up for the Fiesta to include Olamide, Davido, King Sunny Ade, Adewale Ayuba, Salawa Abeni, Humble Smith, Small Doctor, Ras Kimono, Pasuma, Osupa, among others.

She said in line with the tradition, the event would hold across the five zones as it held last year including Ikeja (Agege Stadium), Badagry (Badagry Grammar School), Ikorodu (Ikorodu Town Hall), Lagos Island (Bar Beach) and Epe (Epe-Marina Beachfront), while the cross over night of December 31st into the New Year will hold at Eko Atlantic City.

“Tagged See, Feel and Explore Lagos, Lagos State Government with 2017 One Lagos Fiesta will round off and bid 2017 which has been a remarkable year of achievement farewell while a New Year is ushered in with arguably the biggest and the largest celebration in Nigeria with a record of 10million people in attendance”, Mrs Giwanson said.

The OLF, she said was specially designed to turn the five divisions of Lagos into a tourist destination for 8 days non-stop showcasing not less than 40 concerts all together across the city of Lagos while developing the local economy of these areas thereby making it self-sustaining during the festive period and after.

Lagos represent a diverse tribes and cultures of Nigeria with differences that typifies the philosophy behind the OLF which is the reason the administration of Mr Akinwunmi Ambode to position itself for project T.H.E.S.E. Tourism, Hospitality, Entertainment, Sports for Excellence to drive and harness tourism in Lagos State.

The Special Adviser added that the same template, content and performance for all the venues as obtained in the previous edition would be maintained with little addition to give this year’s event a better edge, while noting that the only addition will be a new program titled Temitiyin.

“Temitiyin is a program conceived to recognize, promote appreciate acts of kindness by Lagosian and so individual from all divisions of the State who have displayed random acts of kindness to their communities will be shortlisted and one person per division will be honoured as winners.

“Our talent hunt program will also be slightly adjusted to discover, celebrate and reward youths in the State in the areas of dance, music, comedy, and other creative exploit with auditioning to start Tuesday 19th December to Thursday 21 December in all five divisions of the State and two qualified finalist from all the designated divisions will compete at the OLF with winners carting away between 150,000 and 50,000.”, Giwanson said.

Also speaking, Commissioner for Information and Strategy, Mr. Steve Ayorinde assured that adequate security measures have been put in place to ensure safety of lives and property throughout the course of the fiesta. 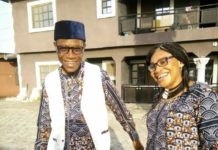 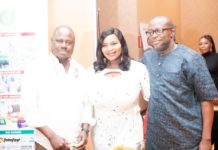 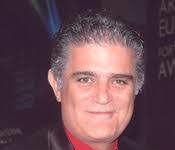 HOW GOVT IS PROVIDING FOR THE POOR IN NIGERIA – VP...