Home News Cry of a distraught son:Where is my mum, father? 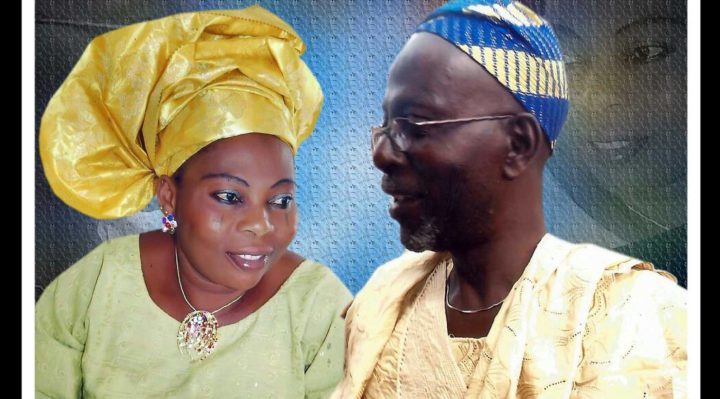 The son of a chieftain of the All Progressives Congress in Ibadan, Oyo State, Ahmed, has cried out over the disappearance of his father, Alhaji Ismail Aderemi Oluyedun, and mother, Mrs. Adijat Dasola Oluyedun, for upwards of one year now, arising from political persecution through the use of political thugs who are commercial vehicles’ drivers union.

The distraught son complained that for close to three years now, there had been various attacks on their household by political thugs from the National Union of Road Transport Workers and others from Road Transport Employers Association of Nigeria,

“I think why they are after my father is because he is a commercial driver, and as a member of one of the trade unions and as a politician, some people from the rival political parties hired a killer squad loyal to them both in NURTW and RTEAN to eliminate my father.

“We were living in Ibadan; when they couldn’t sight my father, they turned the heat on my mother who is a non-teaching staff member of a secondary school in Ibadan.

“Before my mum ran, she was going to the police station to complain but the police would merely put down her statements, promise to take action but would end up doing nothing.

Ahmed added that in a clash that took place in August 2016, her father first disappeared but that eventually, he finally left and they could not sight him since January 2017, which prompted her mum and his two other siblings (two boys and a girl) relocate to Ojoo, another area of Ibadan; but that there, the persecution persisted as these thugs started calling her mum to return the money her husband took from them or be prepared to pay with their lives.

He, however, said her mum’s ordeal got to a head one day, when she decided to flee to Ilora, another community in the night, and that there, some Oro native traditionalist caught up with her.

In Yorubaland, the Oroo cult people operate at midnight and they must not be sighted by a woman.

“But thank God, mummy tried and escaped, but upon knowing who she is, the Oro traditionalists insisted that she must be brought out to be killed for sacrifice.

“I later learnt that a family member invited mummy to the United States but being a devout Muslim, they said the administration of Donald Trump would soon throw her out of the country, and once she is back here in Nigeria, the Oro people would slay her,” Ahmed lamented.