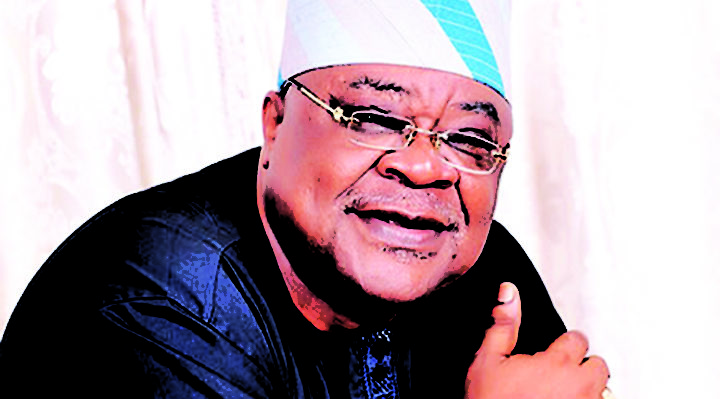 It is no longer news that the primaries to choose the gubernatorial candidates of major political parties in Oyo State has come and gone.

The parties, Action Democratic Party (ADP). Peoples Democratic Party (PDP). All Progressives Congress (APC) and African Democratic Congress (ADC) has thrown up some gladiators into the landscape with different shades of antecedents which may or may not play in favour of the individuals involved. After all the hues and cries and other permutations, we have the former Governor of the State, Otunba Adebayo Alao – Akala for ADP,  Engineer Seyi Makinde, PDP,  Bayo Adelabu former Governor of Central Bank of Nigeria, CBN,  for APC and Senator Solagbade Olufemi Lanlehin for ADC.

With the scenario on the ground, it becomes interesting to analyze the candidates and their chances in becoming the next occupier of the Agodi Government House and in addition the number one citizen of the State.

As someone who has tasted the Governorship seat before, one is tempted to see him as an old war horse who is expected to know his way around. This is even more so because, he is expected to have learnt a valuable lesson from his defeat to the incumbent Governor, Senator Abiola Ajimobi of the APC in 2011. He could have had the chance to correct this in 2015, but his party then,  PDP, fielded former Senate Leader,  Senator Teslim Folarin instead then. Before emerging as the guber candidate of ADP, he had first left for the Labour Party, LP, in 2015 where he contested for the same post and later joined forces with the All Progressives Congress, APC, only to leave the party in controversial circumstances during the party’s primaries. He was then to surface in ADP and subsequently emerged its flagbearer. However,  there are some bad luggages he is carrying about, with the EFCC on his neck. Also, the recent Presidential Order Six which included him in the 50 – man list of those issued travel ban will rob off negatively on him. The Ibadan factor may also work against him, in addition to lack of formidable structure on the ground to act as a springboard for the actualization of his governorship ambition. His influence and political stature has been eroded greatly since 2011.

The PDP flagbearer in the incoming 2019 gubernatorial election is not new in the game as he had first tried his luck to be Governor on the platform of Social Democratic Party, SDP, in 2015. He almost single-handedly carried the financial burden of the party in the state on his shoulder. Unlike Akala who is in his late sixties, Makinde is relatively in his early fifties. Many people sees makinde as a serial loser who only has deep pocket but wanted to rule by all means.The decamp of Senator Ladoja to another party from PDP many considered it as a minus to Seyi Makinde’s ambition.

Though Seyi Makinde looks amiable but he was in certain quarter sees as being arrogant in nature.Seyi has been refeered to in political circle as “customer dada ni”which means he is detine to lose always. .

Bayo Adelabu who is the immediate past Deputy Governor of the Central Bank of Nigeria is the grandson of the late great Ibadan politician, Chief Adegoke Adelabu, of the peculiar mess (penkelemesi) fame. His grandfather bestrode the political landscape of Ibadan in grand style. He was known to be a very brilliant man and astute politician of his time who write the famous book, Africa In Ebullition. Perhaps, it is this aura invoked by the name of Adegoke Adelabu that swayed the APC to choose him as its candidate and ride on this popularity to victory at the Governorship polls.

Bayo Adelabu is as brilliant as his grandfather he even can be considered as genius and friendly. despite the fact that he is top there he still keeps his friends whom they attended the same school in secondary school.He never underlook any of his old friends  and rendered assistant when needs arise.

Bayo’s kind gesture made all his friends to rally round him in time of needs like this.Politically,all favours him to take over from Gov.Ajimobi come 2019.He is love by his people and beyond.And he has deep pocket,he is being refered to as crown prince.Everybody is waiting for May29,2019 for his swearing –in as Governor of Oyo state.

The Senator also had a political pedigree in his father. So, also, he has also been in the thick of things for some time. He represent the people of Oyo South Federal Constituency in the National Assembly in the past. He left the then Action Congress of Nigeria, ACN, when he saw that Governor Abiola Ajimobi wanted to go for second term, claiming that there had been a gentleman agreement between him and the Governor that he, Lanlehin, is no longer young. It is not likely for Lanlehin to emerge as the next governor in 2019.