Home Interviews “Why Eagles lost to Italy in USA 94” – Toro

Former Super Eagles coach Clemens Westerhof did not fix the 1994 World Cup match between Nigeria and Italy as alleged by his former assistant Jo Bonfrere, the then Secretary General of Nigeria Football Association, Sani Toro has told us.

Bonfrere told Brila FM in a recent interview that Westerhof sold the Second Round match for $100,000. Nigeria lost the game 2-1 to Italy.

“It is not true that Westerhof sold the World Cup game against Italy for $100,000. He had no reason to sell because that team was highly motivated and he [Westerhof] wanted to make history with the Super Eagles – to become the first African team to reach the semifinal of the World Cup,” Toro told us.

“I was in charge of that team as Secretary General of NFA, and I can confidently tell you that Bonfrere lied about Westerhof selling the game we lost 2-1 to Italy after leading for a larger part of the game. We lost to a more experienced side and the game was full of action. When I read of Bonfrere Jo’s allegation in the media, I was taken aback

“There is no truth in that statement at all, and I wonder why it took Bonfrere 26 years after to reveal that his compatriot and boss sold a game. He should go and settle whatever differences he has with Westerhof and stop dragging Nigeria’s image in the mud. We wanted to win and the boys played their best, but lost to inexperience. ”

Toro added: “I don’t know what Bonfrere want to achieve with that allegation. Perhaps, he wanted to be heard after a long time. It is not true that Westerhof sold the match. Bonfrere lied and that is it.

“We lost because we couldn’t manage our success at the World Cup well. The team was factionalized and it affected their momentum,” the former House of Representatives member reiterated.

Toro urges the Nigeria Football Federation not to dignify Bonfrere by investigating the allegation, but should warn him to desist from dragging Nigeria’s image in the mud just to settle scores with his former boss and compatriot. 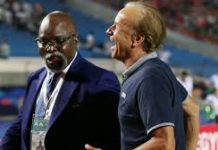 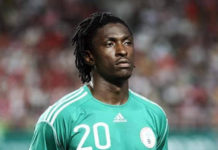 Why I did not arrest and detain Buhari during my reign...