Home Politics E- voting Is The Answer To Election Rigging, Violence And Judicial...

An All progressive congress Chieftain (APC),Hon. Mutiu Kunle Okunola  popuparly called MKO by his admirers and followers, he is the founder of TINUBU 2023 Non- Negotiable ambassador (TNN)  an organization established to propagate the ambition of Asiwaju Bola Ahmed Tinubu for 2023 Presidency throughout Nigeria.

In his media chart with the journalists recently, Okunola said that his movement named Tinubu 2023 non-negotiable ambassador was founded because of their firm believe in former governor of Lagos, Asiwaju Bola Ahmed Tinubu whom he said that, he is tested, trusted and capable to govern Nigeria and take Nigeria to the promised land due to the huge experience he has gathered over the years.

Okunlola said that Asiwaju Tinubu has invested in human resources, “My leader has made a lot of people into the position of authority today .he has nose to discover talents all over Nigeria, look such a person will be good to be made President of Nigeria .he will make use of both human and natural resources that God endowed Nigeria with to develop us and make Nigeria great again”, okunlola said.

On the election violence and what was referred to as judicial manipulation, the ever articulate Okunlola, frown at Independent national  electoral commission (INEC), he challenged  and called on INEC to brace up as he said the solution to election manipulation and violence is electronic voting.

Okunlola called on the electoral umpire to adapt the use of electronic voting which has been used in developed nations to be reliable and devoid of  violence and manipulation. He called on electoral commission Chairman Mammoud Yakubu to raise up his game against 2023 election.

He cited election conducted in UK recently electronically, United kingdom election that was conducted through electronic voting was free and fair, he maintained. Challenged the reason behind having public holiday because of election, he called it an economic waste to the nation.

MKO, maintained that rather than rely on judicial victory instead of electoral victory, E-voting is the answered, any manipulation can easily be detected, the cost of conducting the election  will be reduced and violent that usually leads to the death of electoral officers and voters will be totally eradicated. 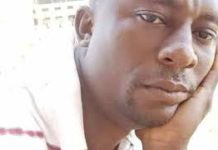 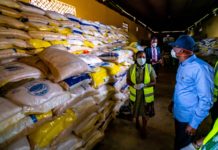 Tinubu: A kingmaker at 68